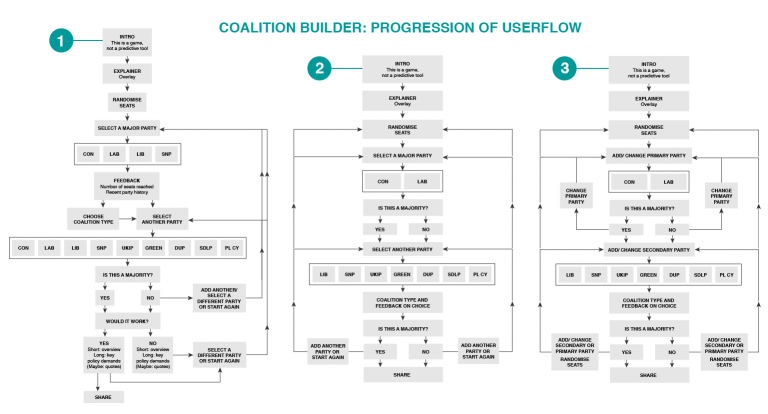 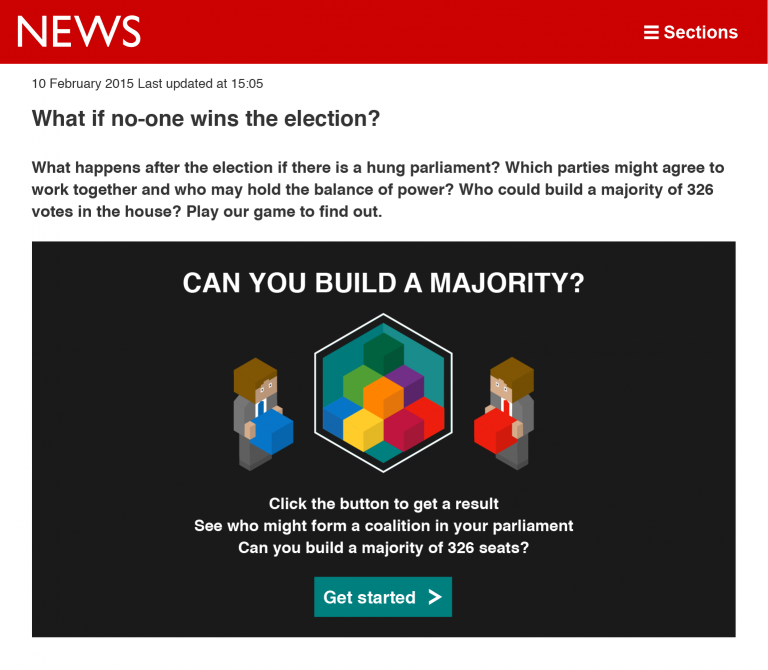 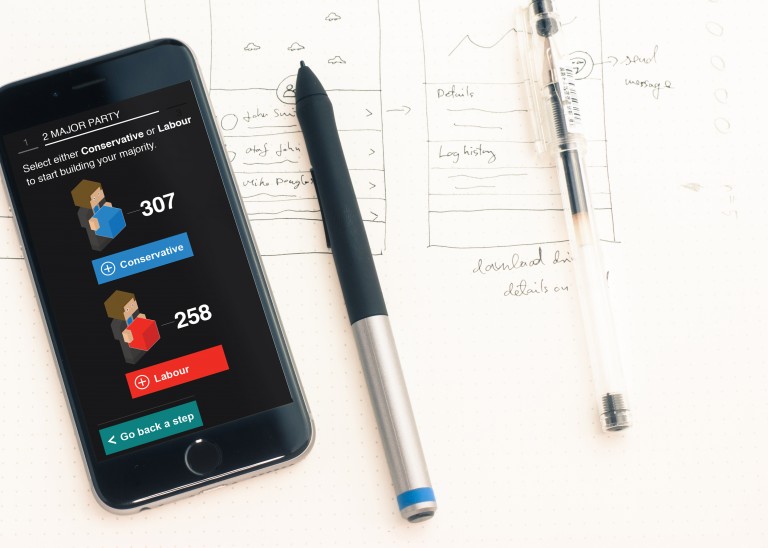 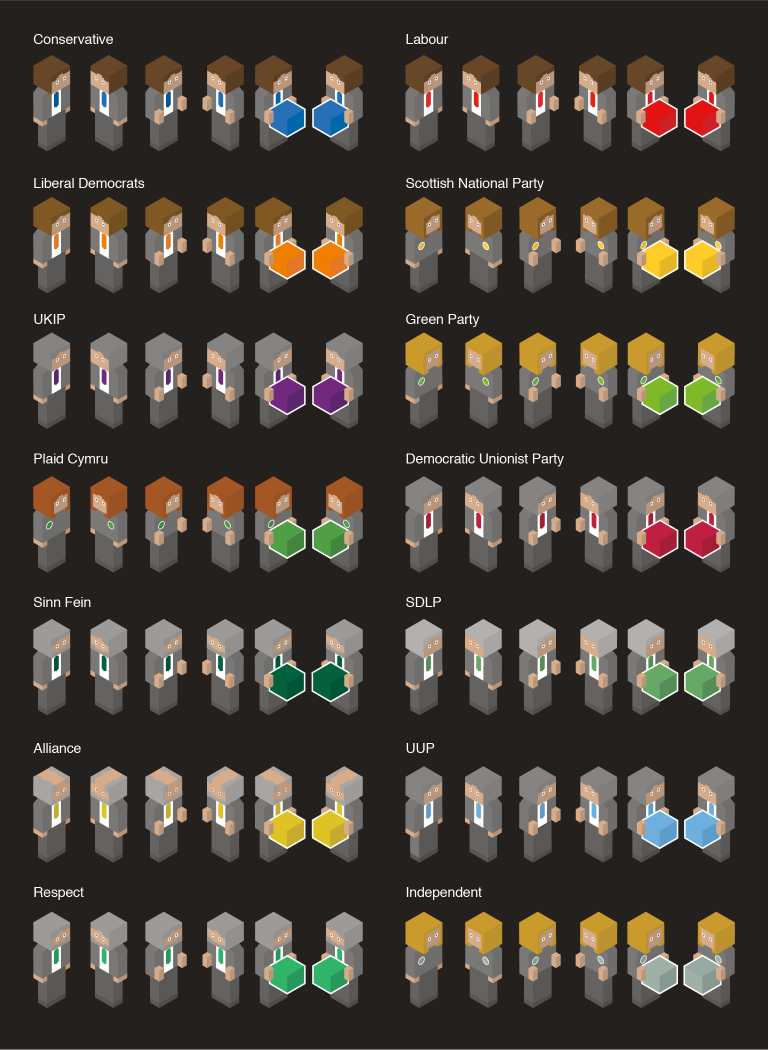 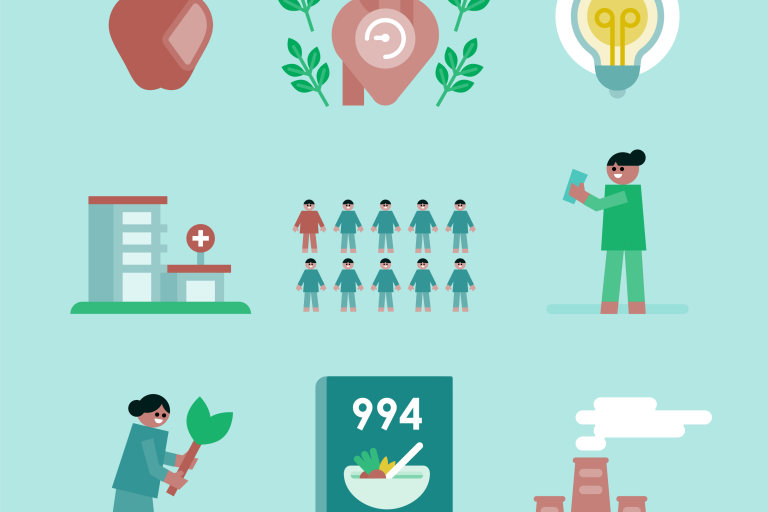 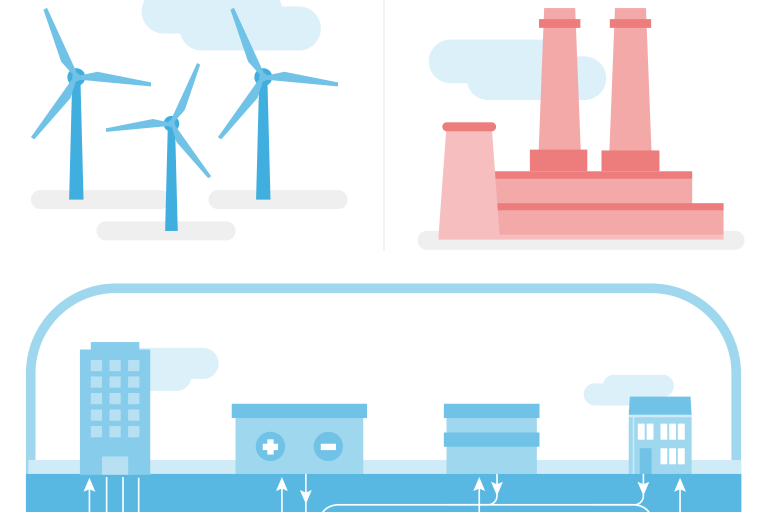 Save The Children: International Day of The Girl

Challenge
For the 2015 UK General Election, the BBC required an interactive responsive guide to explain the potential outcome of another coalition.

It was vital to work closely with the large number of stakeholders and Editorial to communicate my ideas through sketches, user journeys and prototyping. I worked with a developer who built quick HTML prototypes so I could test the designs at every stage, meaning I could quickly change the design based on user feedback.

The key was to enable users to learn about each political party and how they could work together in a coalition. By hiding the ‘add this party’ button within each party dropdown, users had to read the information before being able to build their majority. To show that this was a ‘game’ rather than a prediction of the election result, the ‘randomise’ button (based on an algorithm) at the start was really important.

The interactive was received really positively with our audience and commended on making a potentially dry subject fun as well as educational.